Two blogs in one week. Lucky readers. All will become clear a little later on. 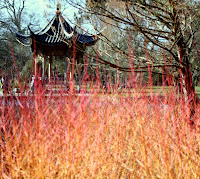 Whilst residing in Peter and Miriam's loo the other evening, (as one does), I started reading in a Christian magazine, about the reaction of a group of atheists in being taken to a service in a large, 'successful'  church in London.

In this group there was a man whose wife is a committed Christian and who fully supports what his wife is doing and often accompanies her to church. Another was a guy whose wife had died of cancer and though he finds it hard to believe in a God of compassion nevertheless enjoys discussing matters of faith and religion. The third person was someone who had been very committed in the church youth group and in local ministry yet within 6 months of being at University, and exposed to a wider world of choice, had declared that he no longer accepted the basic tenets of the faith.
The writer goes onto to make the point that these people are not demons, they are not all in the Dawkins or Hitchens 'rottweiler' mode  but are ordinary people with the same fears, hopes, doubts, temptations etc that are part of being human. We need to hear what they say. 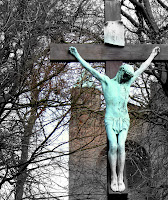 One view expressed - and I am working from memory here - was that the worship and teaching they experienced seemed very 'in house' and 'doctrinaire' rather than being life oriented, less 'certain' and geared towards becoming better people who want to make a difference.
One person insightfully noted that Jesus didn't spend a lot of time teaching 'doctrine' but sought, with his followers, to teach and model a life of love, acceptance, prayer, forgiveness, healing etc amongst the wider community .

I don't think we should ignore doctrine and teaching the basics of faith as long as it is in the context of relationship and real life 'out there' discipleship. Being a Christ centred community must make a difference rather than simply be a spiritual consumer choice for certain types of people. The weddings project, (Oh how I miss you already), in its research showed that there is a desire 'out there' for the church to show what it means to be spiritual and Christian in life and relationships. (This desire sometimes gets lost in translation but it is there - honest). Realise this is so banal and obvious. Maybe I am grasping for a vision that C S Lewis in answer to the question whether he was high or low church said that he was 'deep church'. That rather off the cuff response has been the peg for a lot of talking and writing and has spawned the 'Deep Church' movement. I think Lewis was simply wanting us to get back to being 'Mere Christians' where the Summary of the Law and the Great Commission are the bottom line and the rest is determined and shaped by these fundamental statements. 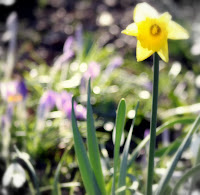 Posted by Malcolm Herbert at 19:31

Malcolm Herbert
Married to Sheryl since 1976 - an amazingly loving and patient woman. Jon and Liz my wonderful children, Sarah my lovely daughter - in - law. Ordained Christian leader since 1977. Chair of a provincial University. Privileged to have served alongside some great people in Glos, Somerset, Surrey, Bristol and Hounslow. Some of whom still seem to like me!